We’re pleased to spotlight Terry Shaw and his writing life. Thank you for helping us spread the word on how the KWG supports our writing community for writers at all stages of their writing journey 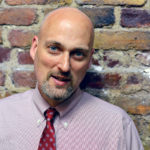 Terry Shaw has been a newspaper reporter and editor and a publicist and copywriter. His experience editing a daily newspaper on the coast of Maine inspired his novel, THE WAY LIFE SHOULD BE, which won the Gather First Chapters Contest out of more than 2,600 entries. Published by Touchstone/Simon & Schuster, it was praised by Publishers Weekly, USA TODAYand NPR. He’s at work on a trilogy of crime novels set in Niagara Falls, New York.

His freelance nonfiction has appeared in the San Francisco Chronicle, the Connecticut Post, the Knoxville News-Sentineland Town & Gown. He earned a bachelor’s degree in political science and English from Penn State.