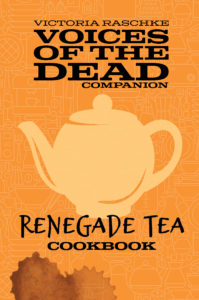 Craving a scone and a cuppa with a side of graffiti art? Feed your curiosity and your hunger with Renegade Tea’s best recipes for staying warm on a chilly day or kicking back with the Ramones on repeat.
Raschke draws on her experience as a culinary instructor and caterer to bring the menu and daily specials of Renegade Tea to life with helpful hints for novice and advanced cooks, including a quick-glance guide for brewing tea.
Recipes include teahouse favorites like Jo’s decadent brownies and Fred’s transformative soups with influences from the Southern U.S. to India. You’ll also find a few witchy tips and staff updates along the way.
Put your apron on, crank up your favorite punk playlist, and make some culinary magic! 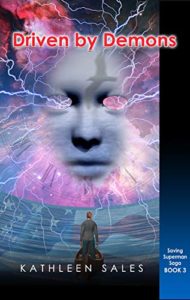 When Pete turns thirty-one, life is good, although his early history of violence still haunts him. When his buddy Vic asks him to testify in court against the Detroit cop who tortured both of them, Pete bravely takes on this new challenge.

Suddenly his perfect life spins out of control, threatening his career, the lives of his family, and even his survival as the trial is corrupted by the Mob. Even after the trial, as Pete tries to focus on his medical training, deadly violence intervenes.

A near-death experience renews Pete’s belief in God while creating total chaos in his mind. Through his physical, mental and spiritual recovery, Pete discovers a spirit driven path, which provides him with the answers he–and maybe you–have been seeking. 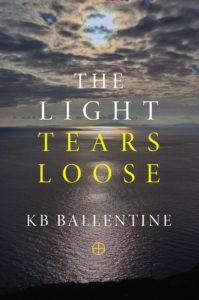 Sky, trees, water, birds: though nature appears everywhere in my work,
it rarely does so for its own sake. It is more symbolic of internal or
external struggle, development, and thought rather than as “pretty”
detail. The poems in The Light Tears Loose move from illustrations of
light into dark – then darker – territory before they morph back to
light.

Past and present circumstances often feel overwhelming, but it is in
seeking that “silver lining” that we find reason to move forward, to
keep going when the way seems vague or threatening. Our fear in living
does not keep us from experiencing love and beauty, friendship and
brightness along the way.

As witnesses in the world, by connecting with nature, we can indulge
ourselves with rest and renewal because we see it happen day after day,
season after season. Darkness and winter come to us all but so do
sunshine and spring. This is what we hold on to, even when the shadows
creep so close we can’t breathe. Keep moving forward: on the other side
is the light.

The Illusion of Leaving
Jeannette Brown 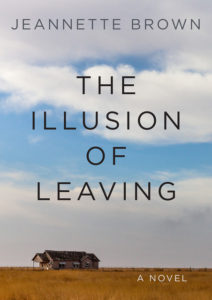 When Jaime Wright returns to her childhood home to say goodbye to her dying father—patriarch of the West Texas village of Silver Falls–she uncovers decades-old secrets that reshape her sense of self and lead her to reimagine her future. Surprised by revelations from the past, Jaime re-sees the present as she recognizes the subtle and tenacious beauty of the remote, gritty, windblown place in which she is more deeply-rooted than she realized.

With keen insight and wry humor, Jeannette Brown’s debut novel, The Illusion of Leaving, depicts the pains and the joys of ageing and of friendship and family relationship to illuminate our deep need for human connection.  –ALLEN WIER, author of Tehano and Late Night, Early Morning 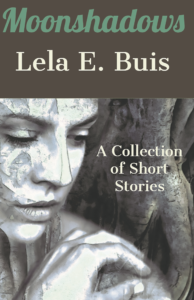 Hurricane Season – Strong women don’t always mean to be that way. They just take care of things. They can change the world, or at least their little part of it, and become agents of change to make it a better place. These fantasy and science fiction stories bring you strong women in lives filled with adventure.

Desperate Lives – This collection is dark fantasy and speculative fiction stories of people in desperate situations, looking for ways to survive. These are witches, sorcerers, vampires, and ordinary people caught in extraordinary circumstances, taking risks to save their lives. 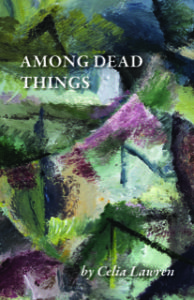 Among Dead Things is a collection of poems that unfolds the story of a daughter’s car accident and its devastating consequences told through the mother’s voice.

Even the angels grieve in Celia Lawren’s heartwrenchingly honest collection of wounds, losses, and the kinds of courage needed to face such traumas. In Among Dead Things, “Losses accumulate / like stacks of dirty dishes” and bodies thrash, ravage, howl. It’s brutal. Lawren’s greatest gift to us is a clear focus on the details, which paint intimate portraits of human tragedies, putting real faces to such overpowering existential fears. I dare anyone to read these poems and not be shaken and moved. – John Sibley Williams, author of As One Fire Consumes Another and Skin Memory

When Yestertime Was Now
Susan Lindsley 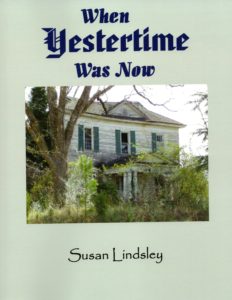 Nature and the yesterplaces dominate Susan’s poetry and she has captured both physical and verbal images inspired by symphony music, wildlife on her farm, memoires of childhood, and stages of life. She reminds us that the lines revealing our age also reveal our laughter and tears, and that the golden years are ‘no more golden that my hip of stainless steel.’ And that we cannot open the door closed by the years of life. Even if you “don’t understand” poetry in general, Susan’s poems are easy to love and you will want to read them again and again. 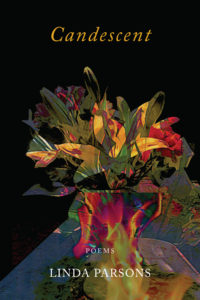 Fire is the fulcrum on which the losses in Candescent are bound and purified. Linda Parsons’s fifth collection gathers the tinder of fallen idols and smudges her changed life with burning sage—the loss of a marriage, the long decline of a father into dementia, the passing of a beloved dog. Candescence smolders within, flown like ashes of the past. In this journey from grief to humility and discovery, she at last finds her dragon voice, bows to the impermanence that infuses our earthly time. We can carry grief on our backs or in our bodies, or we can allow it to illuminate and deepen our path forward. What lifts this collection into new territory is Parsons’s conscious path to healing and acceptance through Buddhist meditation. Using the images of meditation is a way for her writing to act as a healing practice not only for herself, but for all who hear and read the poems, a laying on of hands and words, light begetting light. 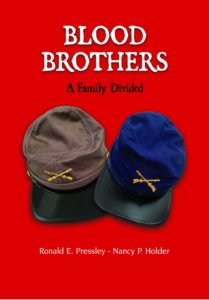 A historical novel based loosely on a family legend.
This is the story of the lasting personal effects of war, a story as old as Cain and Abel.
Follow a young Irish immigrant from his difficult arrival in North Carolina through the new life he works to create as an indentured share-cropping farmer.
Laugh and cry as he and the young would-be teacher who becomes his bride struggle to build a family of nine children, pay off their indenture, and achieve their goals for a brighter future.
Feel the anguish as three of their sons become involved in the Civil War, two on one side and one on the other.
“A Rich Man’s War is a Poor Man’s Fight.” 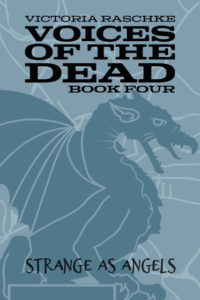 If Jo Wiley has learned one thing, it’s to never trust a god, especially if he’s her ex.Stranded in the underworld and wanted by the Board tasked with keeping the supernatural secret, Jo Wiley is desperate to return to her life in Ljubljana—or what’s left of it after her friends and family were forced to scatter to protect her and themselves. Črnobog, the dark god of Slavic myth and Jo’s ex, has had plenty of time to set a plan in motion to reclaim a reenchanted world for the old gods. As Jo gathers the pieces she needs to return home, she has no idea she is playing right into his hands. In order to save the world and keep the darkest imaginings from humankind’s nightmares at bay, Jo is forced to make strange alliances and an unforgivable choice. Even if she succeeds, nothing will ever be the same. 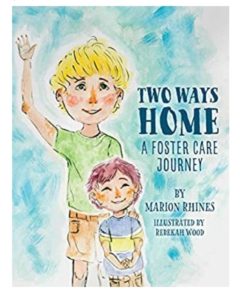 10-year-old Levi has just joined a new foster family! Levi knows being with a new family can be daunting, but wants everyone to know about all the good things that can come from foster care.

With vibrant watercolor illustrations and a kid-friendly story, ‘Two Ways Home: A Foster Care Journey’ can help children learn more about their new situation and feel more comfortable with their foster family! 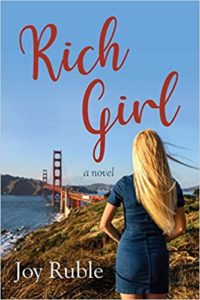 Kathy is a small-town girl in the 1980s who is desperately seeking to escape her dismal life. As she comes of age, she learns that escaping one set of problems only leads to new ones. Her journey to discovering herself takes her down an unlikely path that will keep you laughing and cheering for her along the way. 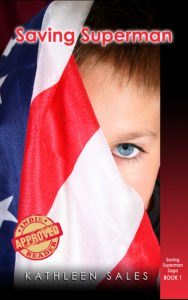 Set in the Cumberlands of East Tennessee in the 1950s, Saving Superman is a coming of age story that follows Pete, a ten year old boy, through a terrifying year.
When Pete runs away, he’s still a child – ill-equipped for the challenges ahead, haunted by terrifying nightmares and visions, and confused by Pa’s rage and Ma’s abandonment.
With help from Jake, a veteran turned hobo. Pete confronts the secrets hiding in his mind and learns important facts Ma and Pa have long concealed.
But if Pete shares his dangerous knowledge with the Feds, will it kill or unite his troubled family?

Equal Opportunity
The Knoxville Writers’ Guild is a secular community and does not discriminate against any person because of race, age, religion, handicap, national or ethnic origin, sexual orientation or gender.