We’re pleased to spotlight Kelly Norrell and her writing life. Thank you for helping us spread the word on how the KWG supports our writing community for writers at all stages of their writing journey. 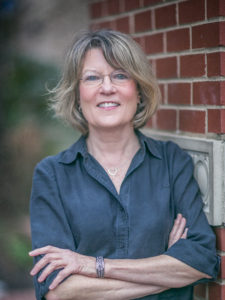 Kelly Dowe Norrell is a freelance writer, promotions specialist, and photographer in Knoxville. When business is slow, she also raises radishes and zinnias. She was communications director at The Episcopal School of Knoxville 2005-2012 and communications consultant to Emerald Youth Foundation 2012-2015. Newspaper and magazine credits include Duke Divinity School, the National Association of Independent Schools,  Eastern Kentucky University, and the Knoxville News Sentinel.  For Knoxville Writers’ Guild, Kelly has been newsletter editor, publicity director, and webmaster. She was a reporter for the Alabama Journal, Montgomery, Auburn Bulletin, and the Birmingham Post-Herald. She was a stringer for the New York Times and a writer for the University of Alabama Hospitals in Birmingham. Kelly earned a BA in American Studies from the University of Alabama in Tuscaloosa. As winner of one of the first Rotary International Study Awards for Journalists, she  studied economics and politics of the Middle East at Durham University in the U.K.  She was born and raised in Montgomery, AL. Kelly can be reached at Kelly@Norrellmedia.com and soon at her website.