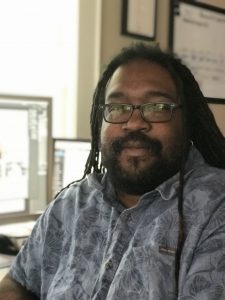 Keifel started his writing career with bad poems and satire for self-published zine in 1995 before moving on to feature writing and television reviews for two of the daily newspapers in Trinidad and Tobago. Since the early 2000s keifel has maintained a blog where he occasionally writes short-form essays filled with run-on sentences.

In addition to writing and working with the Guild, Keifel is a freelance graphic designer. He also works for a certain computer company named after fruit.

Check out his blog and portfolio.